A female dog of mixed Husky-Boxer breed connected to a “Shackle”, which was inserted into the skin of her neck, was brought to the Society's clinic

In the wake of the condition in the South, the Society for Prevention of Cruelty to Animals in Israel answers calls of residents of the settlements surrounding Gaza, and we regularly sent our vehicle in order to rescue abandoned dogs in the area. This week another call was received at the Society, this time about a wandering female dog in the area of the Bnei Darom Crossroads, and in the wake of this our car was immediately sent in order to provide medical care. The sight was frightening – the volunteers and employees of the Society found a female dog of mixed Husky-Boxer breed connected to a “Shackle” (a kind of thick metal ring), which was inserted into the skin of her neck, apparently to save the necessity of a collar. In addition, her ears were cut, which is illegal and in this case they were cut far too much and in a very unprofessional way.

The poor female dog was treated in the Society’s veterinary clinic and slowly her situation improved. Since the medical history of the dog was not known, the law obligated us to put it in quarantine for 21 days. After this it will be a candidate for adoption. 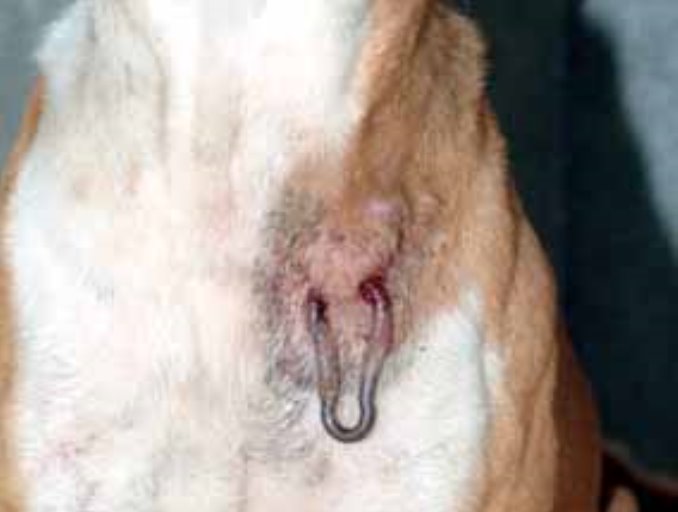 The Society for Prevention of Cruelty to Animals in Israel is doing everything to solve the hardships of cats and dogs abandoned in the wake of the almost daily shelling the South of Israel gets from Gaza. Besides sending our rescue vehicle and bringing the animals to the center of the country, the Society is providing boarding services for free for citizens from the area there (for up to a week and on the basis of existing place). Citizens who are interested in volunteering or to volunteer their vehicles for collecting and treating dogs, or families who are interested in being a foster family, are invited to leave their personal information with the Society. Each one of you could help us save lives. We bless each one of you. Thank you.