After the pregnant mother’s rehabilitation, a sweet foal was born in the Society’s stables

A few months ago an adorable female donkey was brought to the Society in Tel Aviv, and was named Chile. Chile was found abandoned in the Tel Aviv area, pregnant, extremely thin, in bad physical shape with sores and raw skin on her back that had apparently been caused by the fact that she was harnessed to a cart for a long period of time. Chile underwent a prolonged rehabilitation program in the Society’s stables, and all the staff waited eagerly for the impending birth of her foal.

The birth was supposed to take place in about one week from now, just before Rosh HaShana, but the little foal felt that she wanted to come out into the world a little sooner. So, last Friday, a cute little foal came into the world. The Society’s veterinary surgeon, who examined the two, pronounced mother and baby well and now the adorable, grey foal is already walking around and nursing happily. 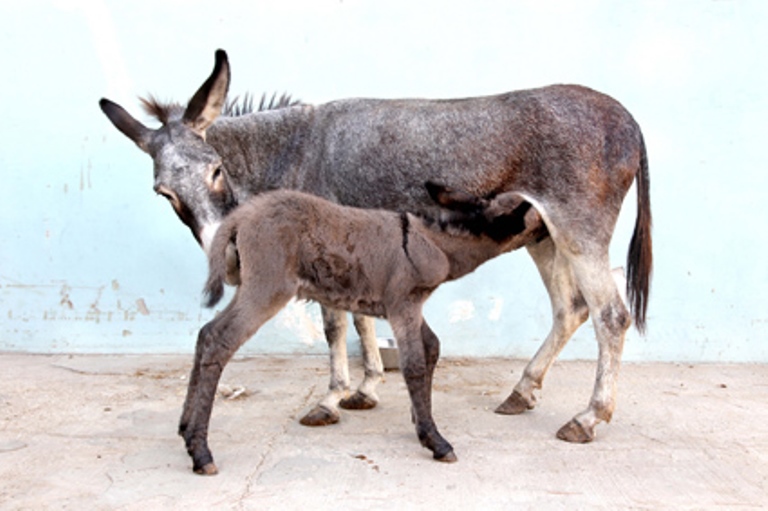 All that remained now, one week after the foal’s birth, was to find a name for her. An article about the birth was published in the Israel Today newspaper and the readers, along with surfers on our Facebook page, sent in a selection of suggestions from which the name, Golda, was chosen.