Alls Well That Ends Well: A year and a half after having been stolen, we brought our dog Shmulik back home thanks to the updated chip

Over a year and a half after, Shmulik the dog was stolen from the home of the Avigdor family, who live on Kibbutz Goshrim. Shmulik, a Cocker Spaniel, belonged to the son Eyal, a hearing-impaired teen. When Eyal was 12, he received the puppy from his uncle Samuel. The decision was made to call the dog Shmulik, in honor of the giver of this gift.

After Eyal reached bar-mitzvah age, on Independence Day a year and a half ago, Shmulik was stolen from the kibbutz, apparently by one of the many visitors. After exhaustive searches and Dog Lost ads that published Shmulik’s picture on the internet as well as through any available means to the family, they realized that the dog was probably lost for good. The family, which had experienced tremendous anguish over the theft of Shmulik, decided against adopting another dog.

A year and a half ago, the family received a telephone call from a person living in Gan Yavne who said that he had Shmulik. The overjoyed family quickly traveled to bring Shmulik home. Unfortunately, the dog turned out not to be Shmulik but another dog that was extremely similar in appearance. Eyal, who was hoping to return Shmulik home, was overwhelmed with grief and disappointment.

Two weeks ago, SPCA employees discovered Shmulik tied to the entrance gate. Society’s representatives examined the dog, identified the family’s information thanks to a chip that had been updated and contacted them in order to inform them that the dog was at the Association waiting for them. The stunned parents, Rina and Yoav, decided to not tell Eyal about this yet in order to prevent more disappointment if the dog turned out not to be Shmulik.

The two arrived at the SPCA to determine whether this was their lost dog and the moment they saw the dog, they were filled with joy. Shmulik himself did not remain indifferent and rushed towards the excited parents, who took him back with them to the kibbutz. Upon their arrival, the door opened and Shmulik ran directly into Eyal’s arms. According to Rina, Eyal was stunned and it took him several minutes to understand that his Shmulik had returned home. Ever since Shmulik’s return, Eyal hasn’t left his side, playing and even sleeping with him.

Happily, Shmulik’s story had a happy ending, due to the updated information about the family that appeared at the national chip center. It is important to note that owner information is not always updated for various bureaucratic reasons. It is therefore recommended that any dog owner make sure that their information does appear at the center. We further recommend that people who give their dogs to new owners update the national center of the change. Eery day, we receive abandoned or lost dogs, as well as people who have lost their dogs. Some of the dogs do not have chips, making it impossible to track down the owners while others have chips but with outdated contact information. We make tremendous efforts to reach the owners.

For tips to prevent disappearance of dogs, click here. 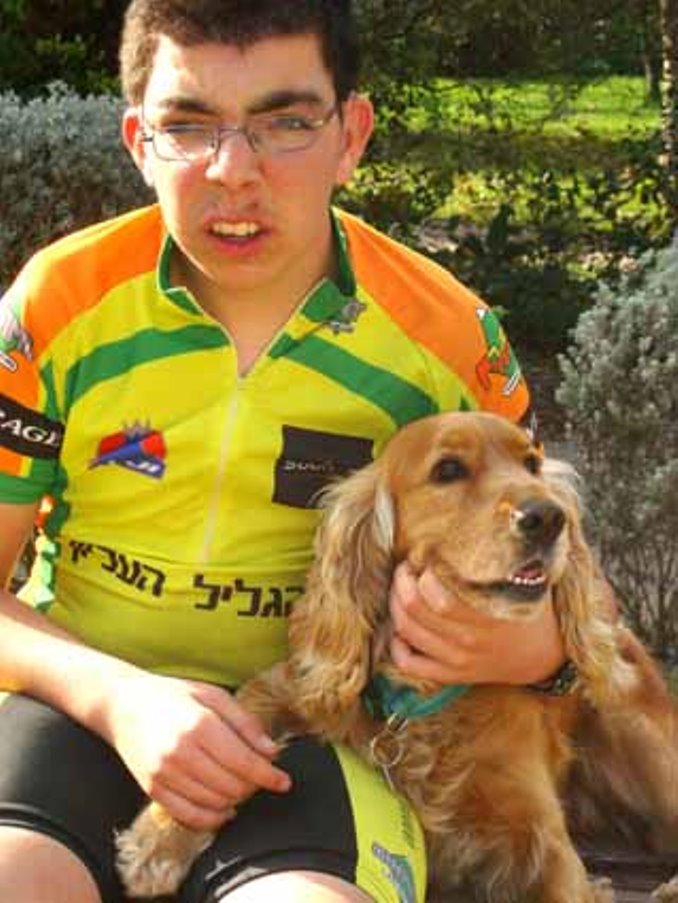