Look at the picture and see the suffering with your own eyes. Unwanted litters of puppies and kittens in immense numbers are an inseparable part of the difficult reality with which we, as do all other organizations working for animal welfare, have to contend on a daily basis. These puppies are separated from their mothers at too early an age, cruelly abandoned, thrown into the garbage or out onto the streets in a cardboard box with no true chance of survival. While most of the organizations close their gates in the face of these poor animals, and while the number of people willing to adopt animals is negligible in compared with the number of animals that are abandoned in Israel, it is clear that great efforts must be made to prevent unwanted litters. There is a consensus that the one method of doing this in a humane fashion is to encourage spaying and neutering procedures.

SPCA Israel has been active at the Parliamentary level for many years, aiming to have animal welfare laws introduced. Last year a Bill promoted by the SPCA was passed, by which owners of non-sterilized dogs must pay a higher annual Dog Holder’s License fee, which is intended to encourage dog owners to have their dogs spayed or neutered.

At present a newly proposed Bill has been presented to the Knesset by the SPCA, that approached a number of MK’s who have expressed interest in promoting it – The Bill for Prevention of Cruelty to Animals (Animal Protection) (Amendment – obligatory spaying or neutering of dogs and cats), 2013. According to this Bill, animal welfare organizations, municipal dog pounds and animal shelters will only be permitted to give a dog or cat up for adoption after it has been spayed or neutered. The Bill even gives details regarding the time necessary for carrying out the surgery from the moment the request for adoption is submitted, under what circumstances the date for surgery may be postponed (medical condition, females nursing their young, or puppies that are too young to undergo the surgery) and the sums that may be charged for these surgical procedures. In addition, the Bill gives the State the authority to stop supporting any organizations that violate the Law. We believe that this Law will benefit animals, lead to responsible adoption procedures, reduce the number of unwanted litters and the number of deaths while helping to create a uniform policy on this topic which will apply to all the organizations, kennels, shelters and quarantine facilities. 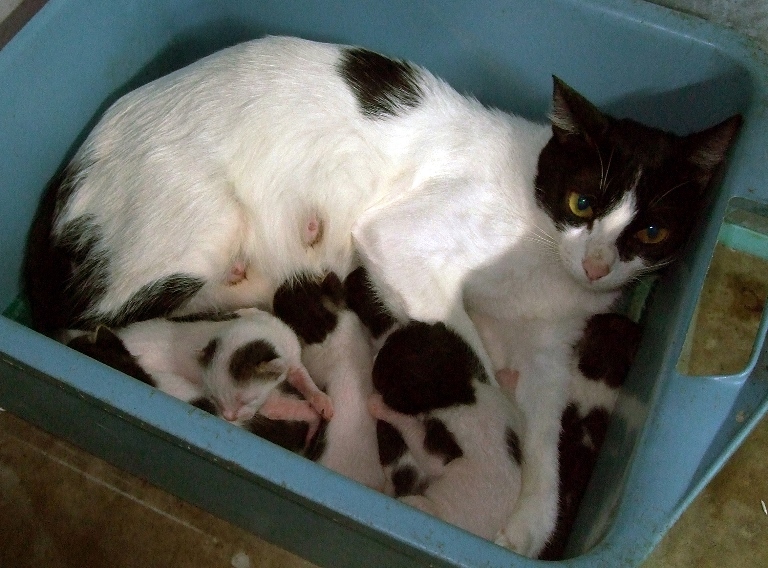 The importance of spaying and neutering pets is one of the issues upon which all animal welfare organizations have reached a consensus. However, apparently not all these organizations actually carry out the message that they themselves promulgate and to our regret we often take in dogs and cats, previously adopted from other organizations and kennels that were not spayed or neutered at the time. Just a fortnight ago, a dog of over six months of age reached us. He had been adopted from one of the organizations, not neutered, and what is even more serious, had no microchip that is obligatory by Israeli Law. This case is one example of many where animals are given for adoption in an irresponsible manner by the bodies that are supposed to act professionally and according to Law. Our extensive experience and the fact that we are the only organization whose doors are always open to any animal in need of shelter and protection, teach us that sometimes the desire to find adoptive homes leads to compromises in the adoption process, and the ones who pay the price in the long run are the animals themselves who, unwanted, are passed from hand to hand as though they were objects.

According to the policies of the Society for the past twenty five years and more, dogs and cats are only given out for adoption after being spayed or neutered. We hope that following this new Bill, all the other bodies and authorities in Israel will become wiser and will, finally, align themselves with the accepted manner of procedures on the subject of adoption in all advanced nations.

The Society for Protection of Animals in Israel, which will continue to propose bills benefitting animals, calls all organizations and kennels to adopt the responsible adoption processes of the SPCA, including completion of questionnaires, a long talk with an adoption counselor who matches the animals to the prospective adopter, veterinary examination and giving animals to new owners only after spaying/neutering, vaccinations, and, in the case of dogs, insertion of a microchip. Delivering healthy animals, acting in accordance with the Law, checking out the adopters and the extent of their suitability to raise the animal, is the correct procedure for orderly adoption where the adopting owners will raise the animal for the rest of its life.