Following a call received in the SPCA, a dove that was found hanging on an electric wire was rescued by the Electric Company

This morning a call came into the SPCA’s call center from a concerned citizen in Azur, who asked for our help in saving a dove that was caught in a high-tension electric wire. It appears that the poor dove’s feet got caught up in the electric wire when balloons were sent floating up into the air. The fire brigade, that was called to help, claimed that because of the danger of electrocution, the Electric Company should be called. 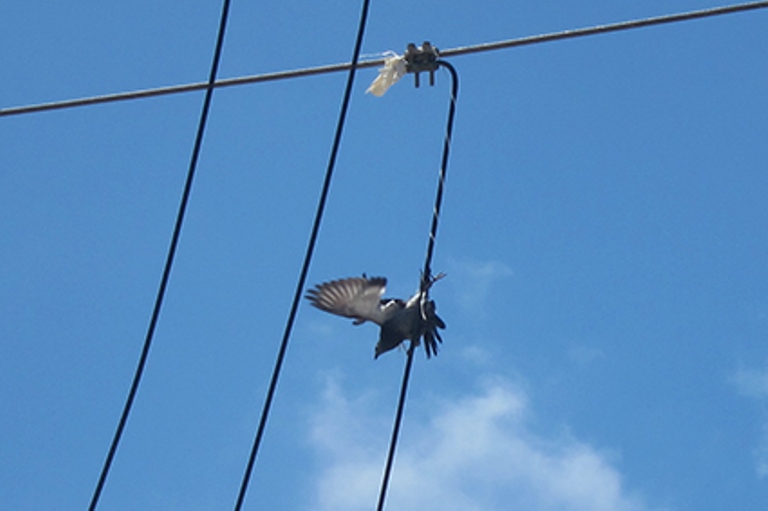 Following the Society’s call to Sivan Sela of the Electric Company’s Spokesperson’s Department, a special squad was sent out with appropriate equipment. The squad was led by Nachum Zalmanson and Yehuda Mizrachi from the Dan Region Unit.

The Electric Company’s crew rescued the dove and gave him to the Society’s representatives. Unfortunately, the exhausted dove’s strength gave out after the long hours that she had been hanging on the electric wire and she died before she reached our veterinary clinic.

Despite the sad ending to this story, we wish to thank those involved and the public in general for their alertness to animals’ suffering and to the Electric Company for their speedy response.

If you come across an animal in distress, please don’t ignore it and call us at this number: *4553.