The lives of doves trapped under the roof of a building as a result of the policies of company that was brought in to remove them, were saved thanks to the intervention of the Society

Many doves that are searching for a hiding place to rest or to nest often come to residential buildings and find suitable places between the laundry niches and the roofs. The residents, who see the doves as a nuisance, look for a solution to this problem and mostly turn to companies that specialize in removing doves.

A case of this sort happened last week in a residential building in our area, and a company was brought in. They put up screens around the building to cover the openings that the doves were using to enter. The employees of the company managed to remove two doves that they saw before covering the openings. They were not able to remove other doves that had entered before the openings were covered, and in order to save time, the employees simply closed up the openings, thereby trapping six doves under the roof of the building.

The representatives of the Society had in the meantime arrived at the building and ascertained that the roof was made of shingles and that the doves had entered the open space under the shingles through holes. While they were searching for the right way to free the doves, the owner of the apartment showed up at the apartment and asked them to leave. The woman who had complained, whose heart went out to the doves, stood there helplessly, when all that she wanted to do was to help the doves and not to be involved in a confrontation with the owner of her apartment.

The representatives of the Society were forced to leave the apartment, but to their joy, their appearance had frightened the employees of the company to show up. They freed the doves after they understood that if they did not work fast the story would get out to the general public and it would cause damage to the company. 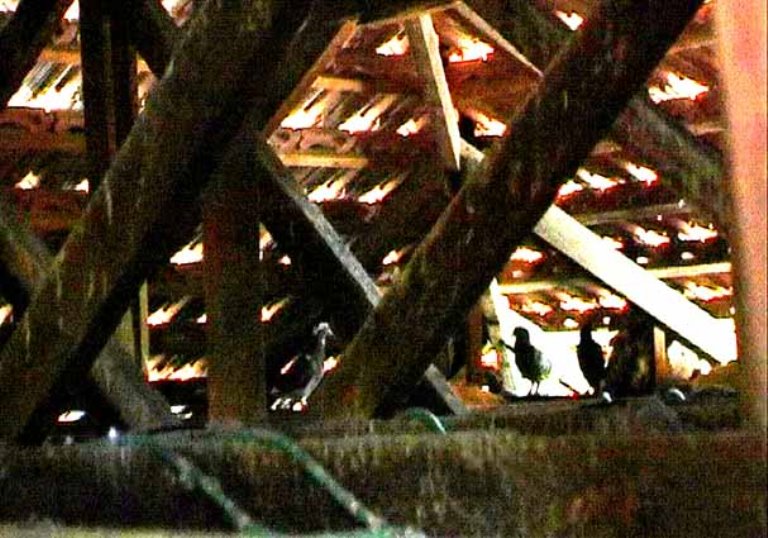 We at the Society understand that doves are likely to be a nuisance to residential buildings. However many companies deal with this known problem in a humane way without hurting the doves that are looking for a hiding place in an urban environment. We condemn all cruelty to doves and to other birds, and we are asking the public that uses these companies, to pay attention to how they work, to make their views clear about any actions that cause suffering to the birds and to report this when necessary. To our joy, in the wake of the intervention of the Society, the owner of the company came to his senses and became wiser in the end about responding to requests to free trapped birds. We hope that in the wake of this case the employees of the company learned how to relate to the animals that they are treating and will change their work habits in future cases.