Nina, a female mixed French bulldog puppy of five months, was found last week wandering Aliyah Street in South Tel Aviv with a deep and open cut on her neck. The dog was taken to the veterinary clinic of the Society for Prevention of cruelty to animals in Israel where it was treated by the veterinarian Sharon Goldstein.

“According to the wounds we can surmise that the dog was tied in a criminal fashion that endangered her life,” Goldstone diagnosed. “The cuts were caused, it seemed, by tie rope or a nylon cord. The dog’s neck was given stitches and anti-biotic treatment. It is out of all danger and now is under medical care”.

Anyone wanting to give a warm home to Nina, who turned out to be a jumpy, affectionate dog that likes human company, is invited to contact the Society: *4553. 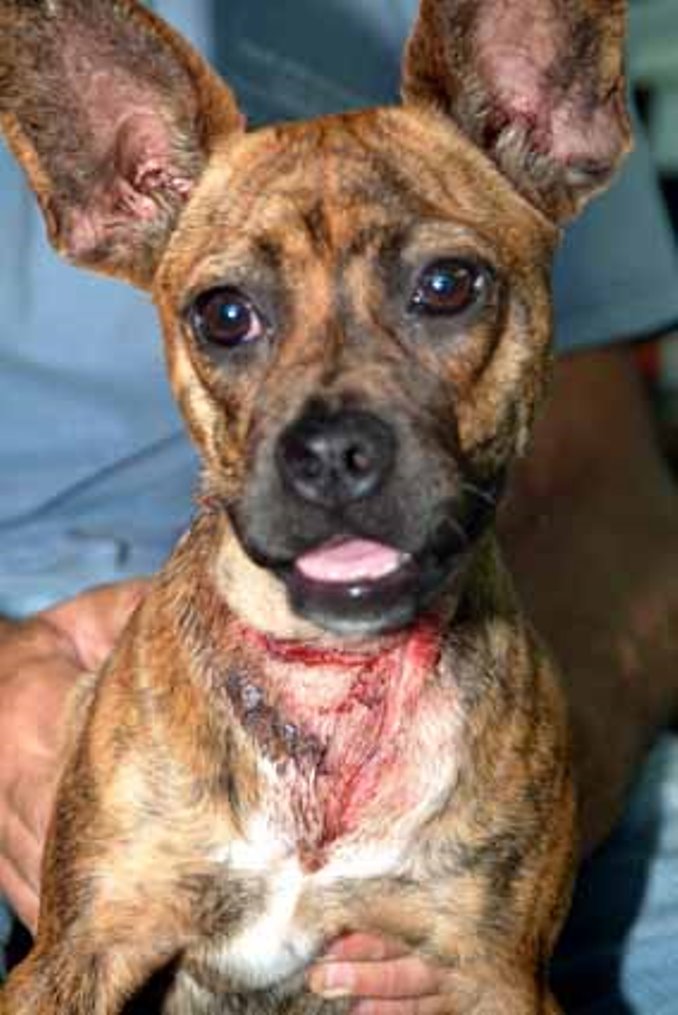 We want to point out that only recently did the Ministry of Agriculture set up new regulations that regulate the matter of tying up dogs, and anyone who does not conform to them violates the law. We are speaking about new regulations for the law about Animal Suffering passed in 1994, and about section 8(a) of the regulations. “An animal cannot be tied if there is a real possibility that its being tied will cause damage to its body or its health”.

We give our blessings to the Minister of Agriculture and Development and to the employees of the Ministry for the introduction of the new regulations – which are necessary in this harsh reality in which many animals suffer cruel abuse on a daily basis. We hope that the State of Israel will create a serious body that will succeed in implementing these regulations, since a law which has no means of being enforced has no teeth, and since there is no means of enforcement, animals will continue to pay the terrible price.