A few days ago a strange announcement was received at the offices of the Society for Prevention of Cruelty to Animals in Israel, regarding an Iguana being found in the central parking lot of the Azrieli Mall. The Society’s patrol that arrived at the mall found the green Iguana between the parked cars and took it with them. Now we are looking for a warm and moist adoptive home for the Iguana—the requirement for receiving this animal is experience in raising Iguanas. Anyone interested in additional details is invited to get in touch by telephone: *4553. 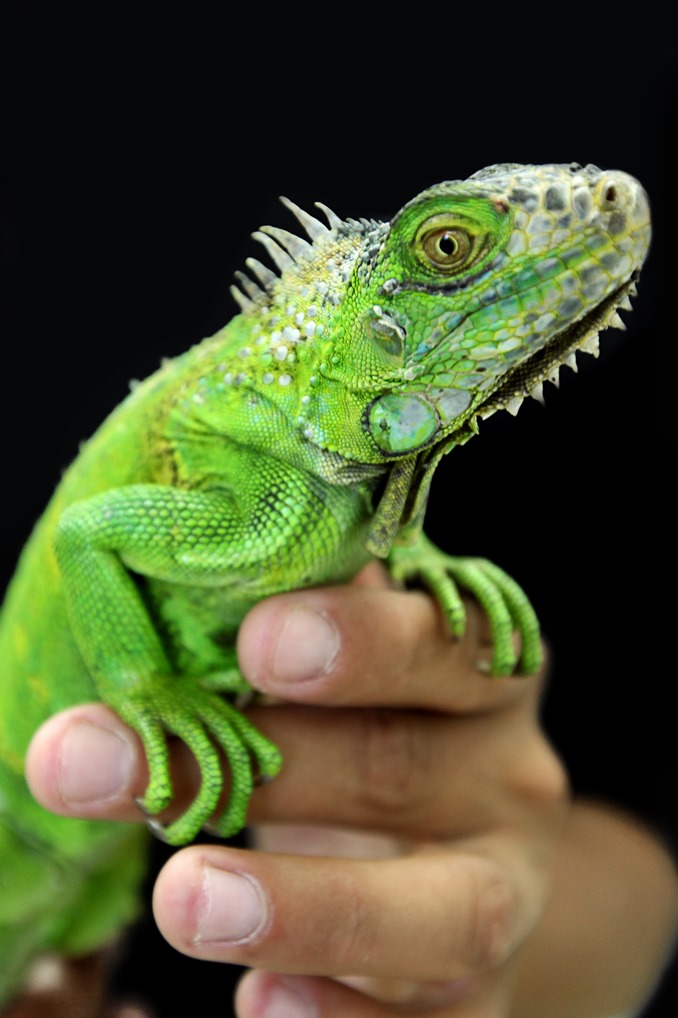 The Agama, which is a green Iguana, comes to us from South America (where it is as common as street cats are in Israel). It needs warm and moist conditions; it cannot be domesticated and in general prefers to stay away from contact with people. Similarly, the Iguana is a vegetarian that does not eat meat.

Unfortunately, the trading in Iguanas has grown year by year (the United States alone imports about a million Iguanas per year). The Society for the Prevention of Cruelty to Animals in Israel condemns every action of trading in animals in general and especially when we are talking about tropical animals. Even when we can give the animal the best care in a cage, free life in the wild is much more appropriate for it.

As long as the phenomenon of trading in animals continues, it is important to emphasize that Iguanas in captivity need special conditions. They need a large living space, including big branches they can climb, which is similar to their natural habitat. It is recommended to build them a wooden cell together with a glass window and screened windows for air circulation. On the bottom of the cell it is recommended that there be a fabric that is easy to clean or replace such as a synthetic lawn or newspapers. It is very important to keep the cell clean. As tropical animals, Iguanas need high environmental temperatures and levels of moisture: about 32 degrees Celsius on the branch nearest to the heat light and about 26 degrees in the area far from the light. During the night the temperature in the cell could be somewhat cooler. It is not advisable to let the Iguana wander freely around the house for long periods, since the temperature, the lighting and the moisture outside the cell are not suitable for it.